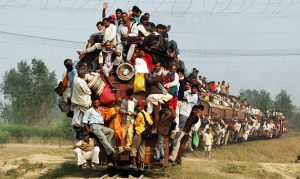 The head of Roshydromet, Alexander Frolov, predicted a massive influx of refugees from Asia to the Russian Federation due to the lack of fresh water. This was announced on November 24 by Interfax.

“Our neighbors will have very bad water, food and work, and so-called“ climate refugees ”will appear. They, in fact, are – this is Central Asia, ”Frolov said at a press conference on the rate of global warming.

The head of Roshydromet explained that the warming will also affect the southern regions of the Russian Federation. According to him, the problem of water is already affecting relations between Uzbekistan and Tajikistan, and over time, water will become a resource that will play no less important role in politics than oil.